Key Deal Terms: The Market’s Canary in the Coal Mine

When today’s extended sellers’ market finally begins to retreat, the bellwether will be a tightening of key deal terms, such as an increase in sellers’ liability levels, which will precede an eventual drop in purchase prices, according to the CEO of GF Data.

When today’s extended sellers’ market finally begins to retreat, the bellwether will be a tightening of key deal terms, such as an increase in sellers’ liability levels, which will precede an eventual drop in purchase prices, according to the CEO of GF Data.

The firm, which analyzes transactions between $10 million and $250 million in deal value, examined trends in valuation levels and noneconomic deal points, such as indemnification caps, in its “Key Deal Terms Report” released in October.

Over the past year, high valuations have begun to plateau, settling at 6.9 times adjusted EBITDA on average in the lower middle market for the past year and a half. Once prices reach a level that buyers struggle to pay, improved deal terms can help close the gap, says Greenberg, who also serves as a senior adviser for investment bank TM Capital. Similarly, as conditions become less favorable to sellers, deal terms can be used as a bargaining chip before sellers are forced to accept lower prices.

“If this theory is correct, we’ll see a retreat in indemnification caps prior to a decline in valuation multiples,” Greenberg says.

Knocking Down the Risk
Analyzing trends related to indemnification caps and other key deal terms has been complicated by the rapid increase in the use of representations and warranties insurance in recent years to protect both buyers and sellers if a deal collapses.

GF Data, which publishes quarterly reports, began asking respondents about the use of representations and warranties insurance a year ago. In the first half of 2017, use of this insurance vehicle for lower middle-market deals reached 34 percent, up from 7.5 percent in 2016.

“What accounts for this has been the widespread recognition that deals dying at later stages is bad for business,” Greenberg says. “There has been a steady effort within this decade to address the risks that cause deals to capsize.”

Sellers have become more likely to undertake early-stage due diligence, using quality earnings reports and other financial due diligence strategies, he says.

“In the same spirit, the allocation of risk associated with reps and warranties is a significant later stage issue in transactions. Buying an insurance policy dramatically simplifies this process and knocks down the risk, so that’s where it’s coming from,” he says.

GF Data’s “Key Deal Terms Report” is based on self-reported data from about 200 private equity firms, mezzanine funds and other deal sponsors. It is available to subscribers of the GF Data platform. 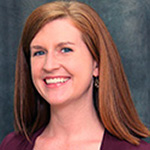