The good, bad of the valuation boom

Deal terms are back to pre-crisis levels, making it difficult for buyers

That’s great — and not so great — for private equity firms. 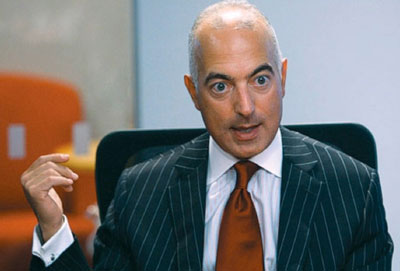 Stiff competition for quality portfolio companies has boosted valuations tremendously, with deal terms not seen since pre-2008 creeping into contracts. But such valuations and terms make being a buyer difficult nowadays, industry insiders say.

KPS has completed dividend recapitalizations of four of its six portfolio companies, raising $1 billion. About half — $507 million — in cash was distributed back to KPS’ limited partners, he said.

“There’s a long line of private equity firms trying to do dividend recaps for their portfolio companies right now, given the availability of credit. It’s good discipline. Every day you own a company is a day you have decided not to sell it,” said J. Taylor Crandall, managing partner based in the Menlo Park, Calif., office of Oak Hill Capital Management LLC. Oak Hill was founded in the 1980s to invest the private equity capital of Robert M. Bass.

Hot times
Mr. Psaros said this is the “hottest credit market” he has seen in his 20 years working on Wall Street.

“Any company that has the ability to access the credit market today is doing it,” Mr. Psaros said.

High-flying credit markets are a huge bonus for private equity firms looking to invest capital, recapitalize companies or replace leverage on portfolio company debt with cheaper debt. “Two significant events, the economic downturn and quantitative easing, drove investors into the credit market,” Mr. Crandall said. “The phenomenal inflows of credit into the market have facilitated the ability to do buyouts and mergers and acquisitions, which has provided huge benefits to the private equity world.”

This has caused an uptick in deal activity, Mr. Crandall noted. “The private equity industry regularly identifies assets that the market has mispriced, and debt capital is cheap,” he said.

In the private equity middle market alone, there were 33 completed transactions in the third quarter, up from 30 in the second quarter. By comparison, the peak volume in the middle market was about 50 deals per quarter in 2006 and through the first half of 2007, according to data released Nov. 17 by research firm GF Data Resources LLC, West Conshohocken, Pa.

Meanwhile, the average deal price skyrocketed in the third quarter to six times a company’s trailing 12-month-adjusted earnings before interest, taxes, depreciation and amortization, compared with valuations of just about five times a company’s trailing 12-month-adjusted EBITDA — net income with interest, taxes, depreciation, and amortization added back in — for the previous four quarters.

But the white-hot credit has an evil twin. Buyout funds alone are sitting on $444 billion of uninvested capital as of Nov. 18, according to an analysis prepared for Pensions & Investments by Preqin, a London-based research firm. Distressed private equity funds have $54 billion, venture funds have $150 billion and other private equity funds are holding $117 billion.

Indeed, with all of the recapitalizations and sales, more capital is being called than is being distributed to investors. According to Cambridge Associates LLC’s most recent data, private equity fund managers distributed about $13 billion back to investors in the second quarter, up 43% from the first quarter. But they called $19 billion in capital, up 71% from the prior quarter.

“This market is more of a seller’s market. To the extent you own a business that has reached the end of its desired holding period, it is good news,” said Andrew T. Greenberg, CEO of GF Data Resources. “But to the extent your business is putting money to work and not just collecting management fees, it is challenging.”

Shorter bargain time
Executives at private equity firms quietly fret that the period of bargain-basement prices that usually comes along with an economic recovery has been dramatically shortened, Mr. Greenberg said. Competition for deals by private equity fund executives pressured to invest capital is bumping up prices, as are corporations with lots of cash on their balance sheets to spend.

“Whenever there is competition in the market, it affects price. When there are two people competing, the guy with the lowest regard for his capital usually wins,” Mr. Crandall said. “

At the same time, private equity managers need to sell companies that they have been holding longer than anticipated.

“That dynamic is what is driving some of the recent deal activity,” said Andrew McCune, partner in the Chicago law office of McDermott Will & Emergy LLP. “A number of funds in the market are coming under pressure to put money to work because of the slow pace of deals during the economic downturn.”

“Investment bankers tell us that there is a pipeline of opportunities to bring to the market,” Mr. McCune said.

Added Laurence Bronska, another partner in McDermott Will’s Chicago office: “We see sell-side activity, in part, because they have been holding investments for longer than the projected period of time, and where the investments performed well during the economic downturn, they see 2010 as an opportunity to harvest opportunities and return capital to investors.”

Mr. Bronska said the law firm saw a surge of transaction activity in September and October, and he expects it to remain high for the rest of the year.

One of the drivers of some of this activity has been possible tax increases, especially capital gains, he said. This has pushed some company owners and private equity firms to complete transactions before the end of the year.

Indeed, most of the deals executives at Graham Partners Inc. expect to close by the end of this year are driven by tax considerations, said Christina W. Morin, managing principal at the Philadelphia-based private equity firm.

“We raised a $515 million fund in 2008,” Ms. Morin said. “Between mid-2008 and mid-2010, we closed two platform deals (for that fund). I expect that we will close four deals between September and December 2010. It’s a dramatic pickup. For us on the lower end of the market, three of the four were driven by the sellers seeking to take advantage of the tax changes, specifically, possible changes in the capital gains rate … It may not be a big issue now, but it was a factor during the time frame.”

At the same time, leverage has been increasing rapidly in the past five months, said Dominique Senequier, CEO of AXA Private Equity, Paris.

“We’re beginning to see a very little “covenant lite’ deals,” she said. “Some of the same conditions we saw in 2006 are coming back. Not only “covenant lite’, but we are seeing high yield and higher levels of leverage.” (“Covenant lite” refers to loans with easier terms that were popular in 2006 as banks competed to get business from private equity firms.)

“Valuations are high. I think you have to pick your spots and believe in the management teams,” said Art Rozelle, partner at Charlotte N.C.-based middle-market private equity firm, Pamlico Capital Partners.